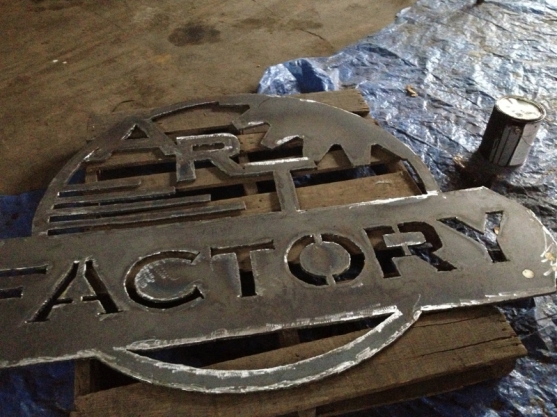 Here is the article that was posted on NorthJersey.com last evening:

PATERSON — The Art Factory, a 19th century industrial complex that has become one of Paterson’s primary art venues in recent years, was shut down this week because of fire and safety violations, city officials said.

The violations at the group of buildings at 70 Spruce Street included problems with emergency exits, non-working fire protection systems, and shortcomings with the electrical system, officials said.

Mayor Jose “Joey” Torres said the city had been working with representatives of the Art Factory to try to allow the buildings to stay open while the problems were resolved. But he said the city decided to impose the shutdown after officials got word that the Art Factory was planning to host a holiday party on Saturday that would be attended by hundreds of people.

“That was the straw that broke the camel’s back,” said Torres. “We can’t expose the city to liability like that.”

The managers of the Art Factory could not be reached for comment. The Art Factory covers about 400,000 square feet of space divided into art studios, offices and businesses that include a radio station and hairstyling salon, officials said. It also has hosted various large gatherings in recent years, including Octoberfests and Art Walks.

Earlier this year, when the mural from the old Alexander’s department store in Paramus needed a home, the Art Factory took it in and put part of it on display at the most recent Art Walk in June. In fact, there were reports that part of the mural would have been up for Saturday’s Christmas party.

In addition to the fire safety issues, the city also has filed numerous complaints against the Art Factory for alleged violations of plumbing, construction and other codes, said Economic Development Director Ruben Gomez. The buildings may have been renovated without requisite permits and the current operations are not all permitted by the site’s certificate of occupancy, officials said.

But the fire safety problems were the main reason for the shutdown, Gomez said. “If there was a fire, there’s no way out of some of the rooms,” Gomez said.

Gomez said his inspectors are compiling a report detailing all the problems. He said the list of violations was more than one page long.

City Council President William McKoy said the Art Factory was important to Paterson and he hoped that the mangers would resolve the reasons for the shutdown.

“It’s been a great venue, but there have been concerns about the way it’s used,” McKoy said, describing the site as a “catacomb of rooms.”

Torres said the building’s managers may be able to get the Art Factory reopened by paying for fire marshals to monitor the site when it’s open. But the mayor said the cost of the marshals may surpass the price of making the requisite repairs. The mayor also said he wasn’t sure if the building could open by simply having fire marshals because of the other violations that have been issued.

Lewis Cole, chairman of the Paterson Grassroots Arts Council, said he was sadden by the Art Factory shut-down. “It’s been significant for several different groups of local artists from our community,” Cole said.

Cole said he thought the current mayor has “not been so friendly to the artists in our community.”

“I’m not suggesting you allow a building to stay open with safety code violations, but you have to work with people,” Cole said.

Torres and Gomez said they tried to cooperate with the Art Factory’s management. The mayor said the city has been talking to the Art Factory representatives about the problems for more than a year. Gomez said some of the violations initially were issued several months ago.

“They weren’t taking the steps that were needed to make the space safe for the community,” Gomez said.